Has James Charles shaved his head? The Internet isn’t sure 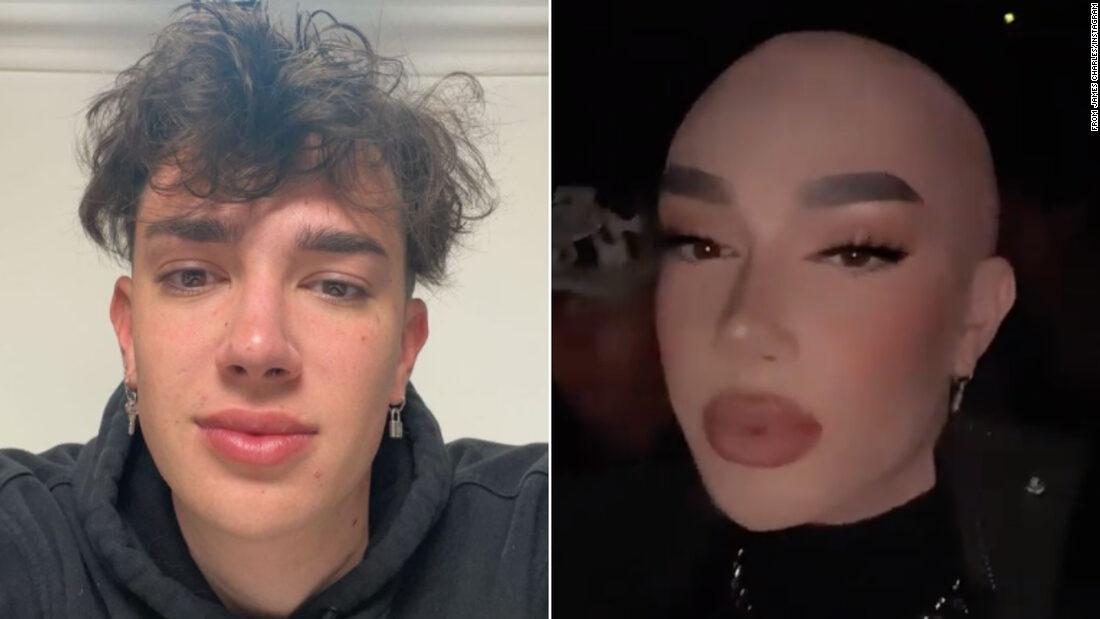 The YouTube star began trending on social media Friday when he shared photos of himself with a bald head, with a bald emoji as a caption.

One image showed him dressed in black with a matching face mask, getting out of a car. In another, he was seated at a restaurant table.

Prior to his big reveal, the 21-year-old Internet sensation said on Instagram that his stories on the platform had been “slacking so bad recently.”

He followed up by teasing his makeover. In a selfie with his trademark locks covered, he told his 26.8 million followers: “Wait until you guys see what I did with my hair.”

In another video circulating online, Charles — known for experimenting with his hair — talks to a paparazzo outside Boa Steakhouse in Los Angeles, telling him he shaved his hair himself and was “just trying something new.”

However, many on social media are skeptical about whether the makeup artist, who made history as the first male ambassador for cosmetics brand CoverGirl in 2016, really took the plunge or if he was simply wearing a bald cap or using a filter.

“oh sis… you tried.. but we know,” one person said on Twitter.

“this is fake but why he look like krillin,” said another, referring to a character from the “Dragon Ball” anime series.

And some people couldn’t resist turning him into 2021’s latest meme, with one tweeting a split picture of him and Amazon boss Jeff Bezos, along with the caption: “BREAKING: James Charles to play Jeff Bezos in new biopic. Expected to hit streaming platforms this summer.”

entertainment, Has James Charles shaved his head? The Internet isn't sure - CNN

Review: ‘Nomadland’ drops Frances McDormand into a rootless life on the open road