Review: ‘Judas and the Black Messiah’ is one piece in a larger civil-rights puzzle 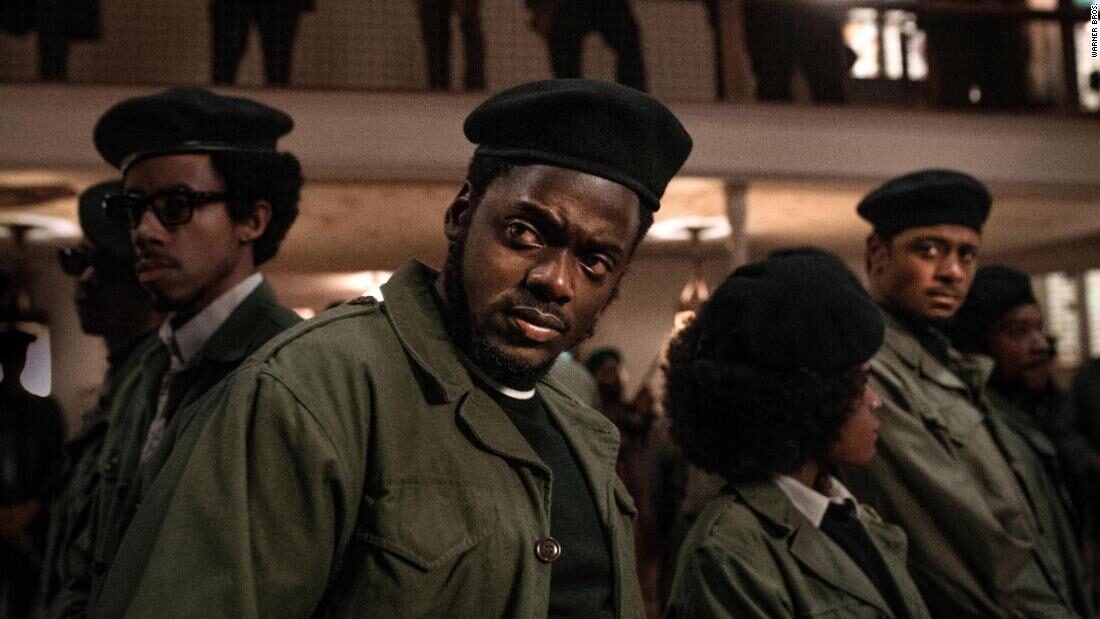 Kaluuya plays Fred Hampton, a minor character in “Chicago 7” who headed the Illinois chapter of the Black Panthers, and — like Martin Luther King Jr. — drew special attention from FBI director J. Edgar Hoover (Martin Sheen), portrayed as determined to strangle the movement by any means necessary.

Toward that end, an ambitious younger agent (Jesse Plemons) recruits Bill O’Neal (Lakeith Stanfield) to infiltrate the Panthers, urging him to “get close” to Hampton in order to operate as a government informant. O’Neal is pressured into complying after getting arrested masquerading as an FBI agent to rob other Blacks, explaining his inspiration for the scheme by saying, “A badge is scarier than a gun.”

The undercover work begins slowly, as O’Neal endeavors to earn Hampton’s trust. When Hoover urges subordinates to “use O’Neal more creatively,” it’s a signal that whatever gloves might have existed are about to come off.

Both of the main stars (reunited after previously appearing together in “Get Out”) are significantly older than their characters, since Hampton died at the age of 21. That’s a forgivable bit of license, given the intensity and magnetism that Kaluuya brings to the secondary role — seemingly reinventing himself with every movie — illustrating Hampton’s oratorical skills and still presenting his softer side as he embarks on a new relationship with a like-minded revolutionary (“The Deuce’s” Dominique Fishback).

Unfortunately, Hampton’s story is seen largely through the eyes of O’Neal’s “Judas,” who becomes increasingly agitated over the fate that might befall him if his treachery is discovered. He’s simply the less interesting character, at least until the rather lengthy script at the end that details his eventual fate.

Directed and co-written by Shaka King (who has primarily worked directing TV since his 2013 feature debut “Newlyweds”), the film meticulously recreates the tumult of the late 1960s, a moment when America was “on fire” as civil rights and anti-war activism ran up against Hoover’s racism and paranoia about those forces.

What’s lacking, mostly, is a tighter focus on what is, admittedly, a complicated story to do justice. The issues the film depicts nevertheless resonate on multiple levels, from the current state of race relations to the way the government dealt with this perceived domestic threat, without packing quite the wallop that the material suggests.

Ultimately, “Judas and the Black Messiah” is perhaps best viewed in concert with other explorations of this period — one more piece in a larger puzzle, as well as another glimpse of the FBI’s excesses and the toll exacted by the civil-rights battle for justice.

“Judas and the Black Messiah” will premiere in theaters and on HBO Max on Feb. 12. It’s being released by Warner Bros., like HBO Max and CNN, a unit of WarnerMedia.

Review: ‘Minari’ looks back at one family’s American dream in rural Arkansas