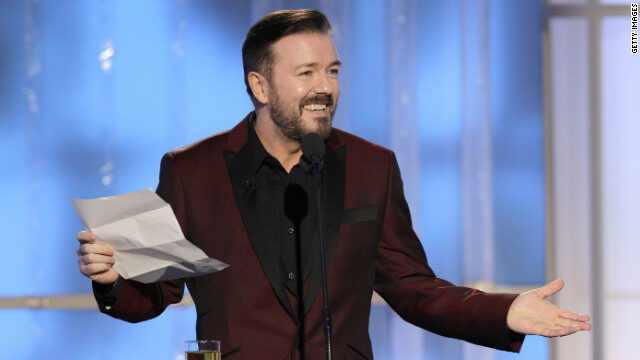 The HFPA and production company Dick Clark Productions extended their broadcast partnership with NBC in 2018, signing an eight-year pact that pays millions to the nonprofit organisation for broadcast rights to the ceremony. The HFPA has 87 worldwide members.

However, as reported by the Los Angeles Times, questions about member participation in lavish junkets and hotel stays have been resurrected amid allegations of excluding qualified journalists and payments totaling nearly $2 million from the organisation to its members, according to financial documents seen by the Times, subsidising their income during the pandemic.

The Los Angeles Times said that Paramount Network, which developed “Emily in Paris,” treated less than three dozen HFPA members to stays at the five-star Peninsula hotel in Paris to promote the series. After a mixed critical reception, “Emily” was finally released on Netflix, and its Globe nominations caused some confusion when the newest list of nominees was announced.

A spokeswoman for Paramount declined to comment when reached by CNN.

Another recent Los Angeles Times piece addressed concerns about the HFPA’s lack of Black members, using anonymous HFPA members as sources. Despite the fact that several Black actors were nominated, critics pointed out that there were some glaring omissions this year in terms of TV shows and films starring people of colour.

In a response to CNN, an HFPA representative claimed that the organization’s payment policies are reviewed on a monthly basis “to guarantee accountability and transparency.” The group also claimed that it acknowledges the need to recruit Black members and others from underrepresented backgrounds, and that it has “not ruled out” modifying its guidelines to broaden the candidate pool.

Over the years, Globes hosts and awardees have made several jokes regarding the event’s notoriety. During his 2012 monologue, Ricky Gervais remarked that the Globes are “exactly like the Oscars, but without all that regard.” The event was once dubbed “foreplay for the Oscars” by the late Robin Williams.

Serious criticisms are also nothing new. NBC bought broadcast rights to the presentation in the 1990s, and since then, articles concerning the group’s journalistic credentials and cosy relationship with studios have appeared every few years. “The Golden Globes: Hollywood’s Dirty Little Secret,” a documentary aired on the cable channel Trio in 2003.

Despite the fact that that network has since gone out of business, the Globes have continued to thrive, with the 78th edition airing this Sunday. The programme is routinely one of the most popular award shows on the calendar, usually trailing only the Oscars and Grammys in terms of viewership. According to Nielsen data, the awards drew an average of 18.3 million viewers last year.

NBC has no comment on the recent concerns expressed about the HFPA when approached by CNN, despite its lengthy association with the Golden Globes.

Tina Fey and Amy Poehler will headline this year’s event, which will be held in a bicoastal arrangement due to Covid-19 difficulties, with Fey in New York and Poehler in Los Angeles.

The Globes have endured in part due to the fact that they serve a clear function for all parties involved. Networks, studios, and, increasingly, streaming services benefit from the promotion of their nominations; NBC benefits from another high-rated event; and Hollywood talent benefits from the prizes and acclaim.

That is unlikely to alter as long as those celebrities continue to appear. The newest news, on the other hand, has reignited an old discussion in media circles over how much attention should be paid to the results, which have long been regarded as a predictor of the Academy Awards, given misgivings about the organization’s reliability.

While the Globes remain a significant event, NPR media critic Eric Deggans tweeted that “we can remind our audience how faulty the awards are, even as we talk about them.” The HFPA should “make all of the fundamental adjustments needed to genuinely clean up its act — as it has vowed to do for far too many years,” according to Variety editor Claudia Eller.
Due to the epidemic, the awards were nearly two months late this year. This shift has reverberated throughout the awards season, which will culminate in April with the Oscars.

amid a pandemic and ethical questions - CNN, entertainment, Golden Globe Awards, The Golden Globes will air under twin clouds