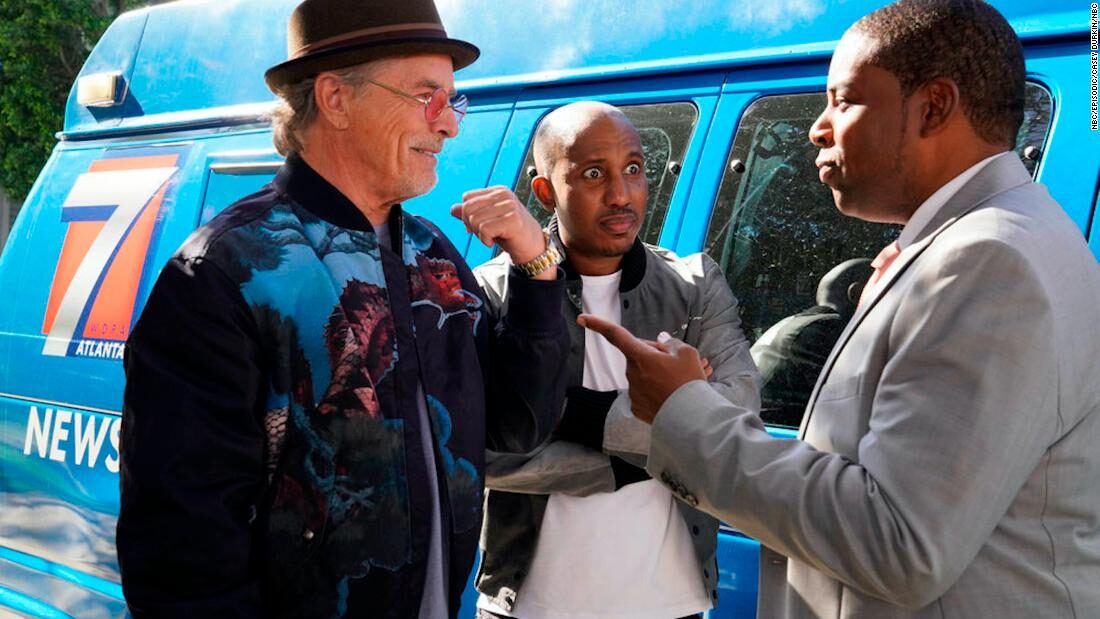 “Young Rock” might have worked better as a movie, as opposed to what’s essentially “Dwayne Johnson: The Wonder Years Edition.” The wrinkle that helps tease the show out is that it touches on three separate formative periods — with Johnson played by different young actors at ages 10, 15 and as he begins his college football days at Miami — as told by a future version of the wrestler turned actor mounting a 2032 presidential run.

Johnson is recounting his history to an admiring interviewer (“Fresh Off the Boat’s” Randall Park), which keeps the actual guy in the series. The reminiscence includes his father Rocky (Joseph Lee Anderson), a wrestler back in the day; his mom (Stacey Leilua), part of a wrestling family; and their wrestler pals — often seen hanging out at their house — including big names (literally) like Andre the Giant (Matthew Willig, not quite that big, but big enough) and the Iron Sheik (Brett Azar).

Young Dwayne is introduced in Hawaii in 1982, before wrestling had turned into the cash machine that it became. Still, the wrestlers talk fondly about “working the gimmick” — that is, selling the show to an audience — and react in horror if anyone dares to use the word “fake.”

To call this a vanity project would be an understatement, but Johnson’s inherent likability goes a long way, and he spells out that this isn’t going to be all happy nostalgia, citing missteps that he learned from along the way.

“To understand me, you gotta understand where I came from,” he explains.

Frankly, it still feels like a slight construct to spread over a series (a movie would have made more sense), but the three separate time frames — or four, if you count the future — offer a fair amount of potential ground to cover.

Any way you slice it, “Young Rock” is its own kind of gimmick. How long the producers and star will be able to keep working it and cooking up fresh wrinkles is where the show’s future starts to get fuzzy.

By contrast, “Kenan” stays rooted in the here and now, showing a more vulnerable side of its star, but surrounding him with pretty stale sitcom trappings.

Playing the host of a local morning TV show in Atlanta, Thompson puts on the happy-camper persona associated with that role, but at home he’s struggling. His wife died, and he’s raising two kids with help from his father-in-law (Don Johnson, fun but a little underemployed) and brother (fellow “SNL” player Chris Redd).

Kenan is struggling to hold it all together, and the ratings for the show have been slipping. “We’re worried that you haven’t fully processed your grief yet,” his producer (Kimrie Lewis) tells him, but the not-very-appealing answer to that is to try to get him to open up about his feelings on air.

Produced through “SNL” patriarch Lorne Michaels’ company, “Kenan” conjures a few funny lines — Johnson’s character keeps suggesting they watch “Green Book” — and gives Thompson a ready-for-primetime chance to demonstrate he can handle more than just one-liners. But the premise and supporting players — including his wacky TV family — are so slim the possibilities feel pretty well exhausted by the pilot alone.

As it stands, “Kenan” might be dependent on “Young Rock’s” success, with NBC clearly hoping that viewers will show up for one and stick around for both of them.

In TV terms, that in old-fashioned scheduling strategy itself represents a throwback perhaps better suited to “Young Rock’s” timeline — a gimmick that probably would have worked better back in the 1980s.