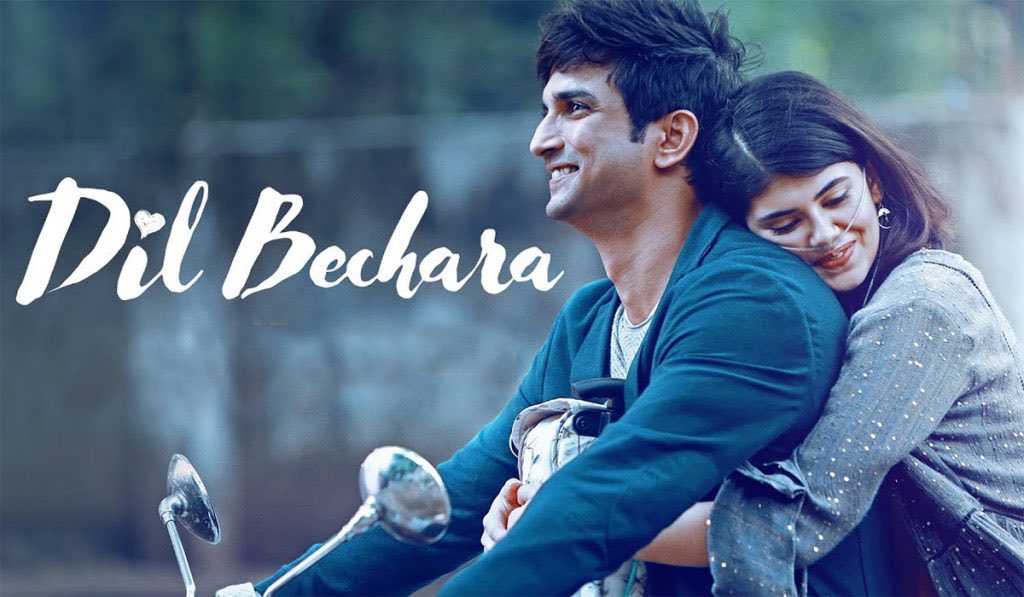 Dil Bechara is an Indian romance Hindi language film being released digitally on the Disney+ Hotstar streaming service on 24 July 2020. The film is the directorial debut of Mukesh Chhabra and produced by Fox Star Studios. The film stars Sushant Singh Rajput and Sanjana Sanghi is based on John Green’s 2012 novel The Fault in Our Stars, which was adapted by Shashank Khaitan and Suprotim Sengupta.

Dil Bechara is a story based on John Green’s bestselling novel “The Fault in Our Stars”. Dil Bechara is a story of Kizie and Manny, two ordinary people with an extraordinary love story. Kizie Basu a Twenty-year-old Kizie girl is fighting thyroid cancer when she meets Immanuel “Manny” Rajkumar Junior, who has previously suffered from osteosarcoma and is in remission. Both have a tragic twist in their lives. That was the start of exploring the funny, thrilling, and tragic business of being alive and in love. Kizie and Manny embark on an, on and off, up and down, bitter and sweet profound journey into the heart of that crazy little thing called ‘life’.

Dil Bechara official trailer was released on 6 July 2020, through the official YouTube channel of Fox Star Hindi, and garnered the title of “most-liked trailer”, surpassing “likes” previously held by trailers of Avengers: Infinity War and Avengers: Endgame. The trailer raked in 5 million likes in less than 24 hours of release, thus becoming the most-liked Indian trailer, surpassing Vijay-starrer Bigil (2019), which garnered 2.1 million likes. As of August 2020, the trailer holds 90 million views, with 10 million likes.

The film had its theatrical release in New Zealand on 7 August 2020, in Fiji on 5 September 2020, and in Australia on 16 October 2020. It also released on Disney+ Hotstar in Indonesia on 16 October with an Indonesian dub.

Dil Bechara, starring Sushant Singh Rajput and Sanjana Sanghi, finds its momentum and purpose through contrasts. An adaptation of the bestselling novel The Fault in Our Stars, it tells the story of Kizie (Sanghi) and Manny (Rajput), who are young, suffering from cancer, and about to fall in love. – The Wire Full Review