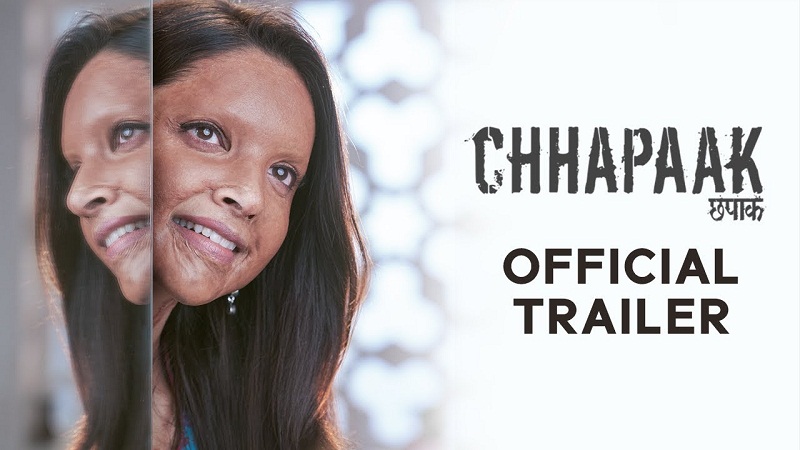 Deepika Padukone upcoming movie Chhapaak trailer is out. ‘Chhapak’ is the story of Laxmi Agarwal, an acid attack survivor. This film is going to be released on January 10 next year.

Deepika Padukone appeared in the role of Rani Padmini in ‘Padmaavat’ in January 2018. Since then, his fans have been waiting to see him on screen. After such a long wait, Deepika Padukone’s next film ‘Chhapaak’ is coming. The trailer of this film of director Meghna Gulzar (Meghna Gulzar) has been released. Deepika’s look is very strong in the trailer.

The trailer bears the name of Deepika, who is an acid attack supervisor.

Watch the trailer of the film ‘Chhapaak’ here.

Chhapaak movie Trailer is heart-wrenching. Deepika Padukone As An Acid-Attack Survivor will leave you speechless.