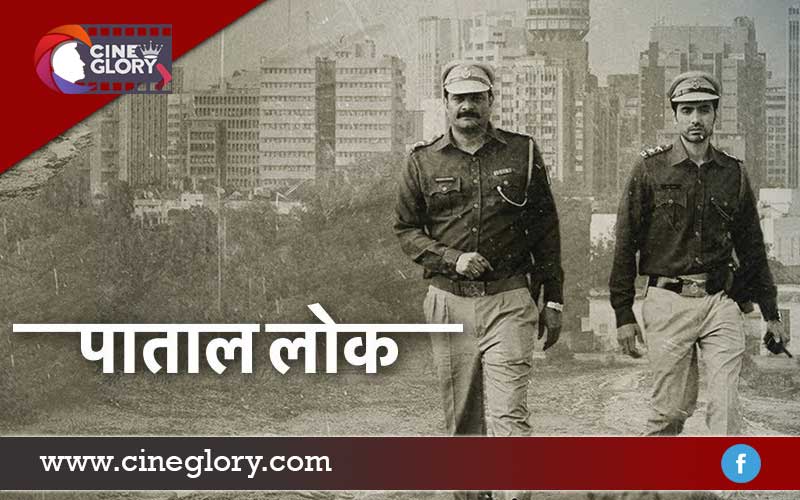 Paatal Lok (पाताल लोक) is a by crime thriller web series by amazon prime video. The series which is premiered on 15 May 2020 became the talk of the town in a few hours. Paatal Lok (पाताल लोक) is directed by Avinash Arun & Prosit Roy. Anushka Sharma makes her debut as a producer with web series ‘Patal Lok’ under the production house Clean Slate Films run by her brother Kernesh Sharma. The Web series is about an underrated Delhi cop who lands the High profile murder conspiracy case against a reputed news anchor.

Hathiram Chaudhary is a police inspector of Outer Yamuna Paar station in Delhi. According to him, society is divided into three parts Swarga Lok, Dharti Lok, and Patal lok. Hathiram is living an ordinary life in the police department for years without any progress. Unexpectedly, one day he gets a high profile case is to solve the murder conspiracy of a news anchor Sanjeev Mehra. Four people have been arrested for attempting this murder. In the beginning it seems like an open-and-shut case. That is why the case has been assigned to unendeavouring inspector Hathiram.

Hathiram Chaudhary personal life is also not running fine, where his son Siddharth does not respect him. Brother-in-law keeps cheating on his wife with a new scheme.

Sanjeev Mehra a news anchor of a reputated news channel. His career which was on the peak in the past but now his career is downhill. Also, he is also screwed with the owner of his own company.

The past story of criminals is also an important part of the story. Which sometimes takes the Paatal Lok Webseries story from Delhi to Punjab and sometimes to Chitrakoot. Among these criminals, the story ‘Vishal Tyagi’ also known as Hathoda Tyagi is the important and one of the main characters of Paatal Lok (पाताल लोक) Web series.

An unendeavouring Delhi cop lands the case of a lifetime when four suspects are arrested for the assassination conspiracy of a journalist. The pursuit of it leads him to ‘Paatal Lok’, and to shocking discoveries in the past of the four criminals arrested.

In Paatal Lok Season 1 there are 9 Episodes streaming on Amazon Prime Video.

Inspector Hathi Ram Chaudhary is going through his dead beat job when he lands up a big investigation. Three men and a woman have been arrested for the attempt to murder a big prime time journalist Sanjeev Mehra, and Hathi Ram is asked to build a case. Meanwhile, for Mehra, this news couldn’t have come at a worse time for he struggles with problems at work and a boss who wants to fire him.

Hathi Ram and Ansari use every technique in the book to interrogate the four suspects. Finally they manage to break one of them and his points to a certain ‘Master ji’ from Chitrakoot. Pressure mounts on Sanjeev Mehra at the work front.

Hathi Ram reaches Chitrakoot and meets Tyagi’s family and school teacher. He comes to know of the beginning of Tyagi’s criminal record, and the people Tyagi worked for.

Hathi Ram gets sucked further into the case, but the investigation hits a dead end with the mysterious death of a key suspect. Sanjeev Mehra starts forming a plan to cash in on his renewed popularity.

Hathi Ram, suspended from his job, struggles to keep himself away from the case while dealing with rising issues at home. Sanjeev Mehra makes a dubious populist move that does not go well with Sara.

The past is prologue – Paatal Lok S1E6

Hathi Ram travels into the past of Kabir and Cheeni, and that makes him further convinced that the CBI’s ‘terrorism theory’ is fabricated. Hathi Ram’s son lands into serious trouble with the bad guys.

Hathi Ram travels to Chitrakoot to pick up the missing threads from where he last left them. Further details emerge on Tyagi’s mysterious ‘Masterji’ and Tyagi’s close emotional bond with him.

Following Tyagi’s political links, Hathi Ram comes across a mysterious woman who turns out to be the missing link between Tyagi and Tope Singh’s story.

On the run from Gwala’s dangerous men, Hathi Ram manages to piece together the entire jigsaw puzzle. Sanjeev’s pride at his takeover of the business is busted by Hathi Ram’s shocking revelations.

Paatal Lok is a crime thriller web series which has many interesting dialogues and quotes. Here are some of the best Dialogues of Paatal Lok (पाताल लोक) Web Series which you find intresting.

“Snakes and Politicians, They Never Forget..”

Paatal Lok Review: Paatal Lok Web series is a story has a great dose of speed and thrill. Jaideep Ahlawat as HathiRam is appreciated by critics and Users.

How To Watch Paatal Lok Web Series For Free?